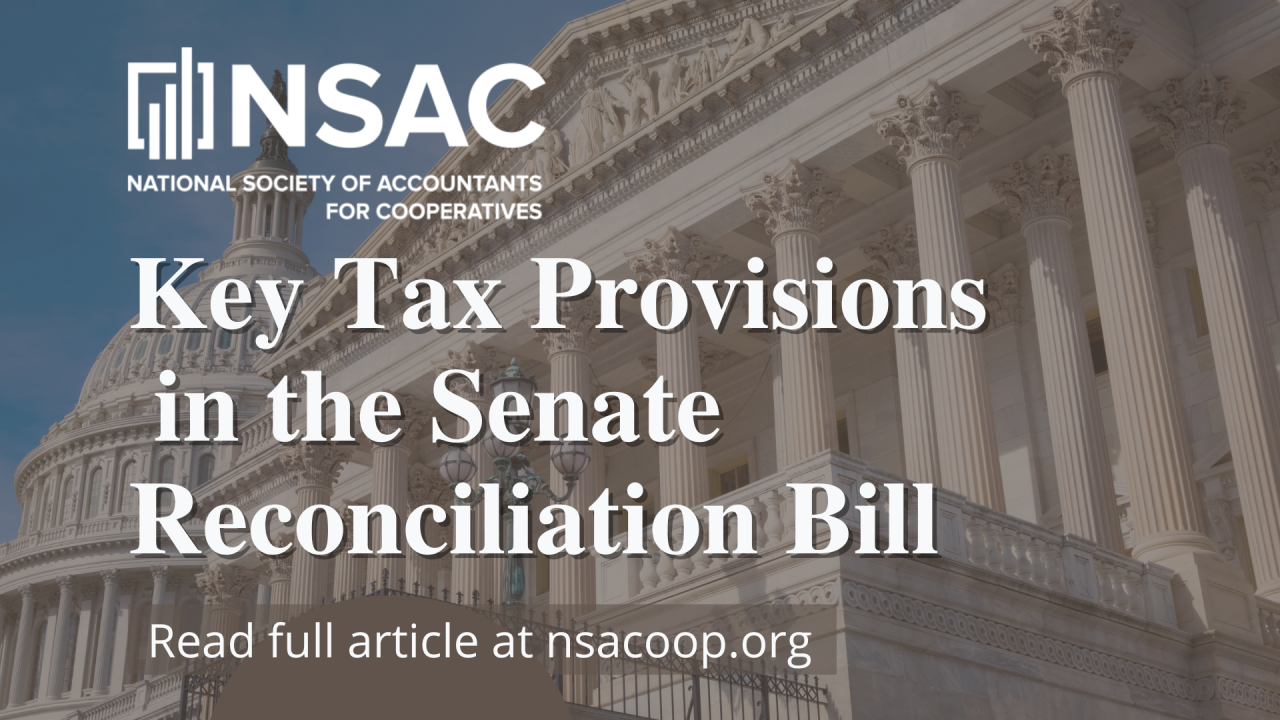 By a vote of 51 to 50, the U.S. Senate on Sunday passed a budget reconciliation bill, H.R. 5376, now known as the Inflation Reduction Act of 2022. The bill contains numerous tax provisions, including a 15% corporate minimum tax, expanded eligibility for premium tax credits, and numerous clean energy credits.

The Senate vote, in which no Republicans joined the Senate's 48 Democrats and two Independents and with the resulting tie broken by Vice President Kamala Harris, caps over a year of seeking an elusive consensus among Democrats on the bill, originally styled as the Build Back Better Act. The bill now goes to the House, where it is expected to pass on Friday.

The smaller bill leaves out some items in a long list of new and extended and/or modified existing energy-related tax credits and other climate-change-combating provisions. But enough of them remain in the final bill to represent what has been called America's biggest investment in climate and energy to date, worth an estimated $370 billion and capable of reducing greenhouse gas emissions by 40% by the end of this decade.

The bill also addresses health care and raises revenue, the latter most prominently by a new 15% corporate minimum tax on financial statement, or "book," income, which was slightly modified before the bill came to the Senate floor. It would also increase IRS funding, particularly for enforcement.

The Senate-passed version also includes a nondeductible 1% excise tax on corporate stock repurchases (as new Sec. 37), which would be effective for stock buybacks after Dec. 31, 2022, and is expected to raise $73 billion in revenue.

This was added to substitute for revenue that would have been raised by lengthening from three to five years the holding period for long-term-capital-gain treatment of partnership interests held in connection with performance of services, commonly known as carried interests. The carried-interests provision was dropped from the bill at the behest of Sen. Kyrsten Sinema, D-Ariz.

The corporate minimum tax would apply generally to the excess of 15% of C corporations' adjusted financial statement income over any corporate alternative minimum tax foreign tax credit for the tax year, for corporations with average annual adjusted financial statement income for the three consecutive tax years ending with the tax year exceeding $1 billion. A $100 million threshold would apply to certain "foreign-parented" corporations. The provision, which would apply by some estimates to as many as 200 companies, would be effective for tax years beginning after 2022.

Before passage of the bill, the Senate adopted an amendment by Sen. John Thune, R-S.D., that would allow the $1 billion applicability threshold of a single employer under Sec. 52 to be determined without reference to component members of a controlled group under Sec. 1563(b)(2).

The AICPA has repeatedly written to congressional tax-writing committee leaders since October 2021 expressing concerns about the tax, most recently in an Aug. 4 letter.

The AICPA's letter reiterated prior concerns about basing tax liability on the nontax criterion of book income. The two have several distinct "key conceptual differences … including the concept of materiality," the letter stated. "Public policy taxation goals should not have a role in influencing accounting standards or the resulting financial reporting. Independence and objectivity of accounting standards are the backbone of our capital markets system."

In addition, the AICPA said, the provision will introduce new and substantial complexities to tax law that "could result in uncertain results to taxpayers and a costly compliance requirement."

If Congress does enact the minimum tax, it should be made effective beginning in the later of tax years beginning after Dec. 31, 2023, or when Treasury and the IRS issue proposed regulations, to give affected taxpayers sufficient time to fully understand and apply it, the letter recommended.

The letter also conveys concerns about the relative size of the bill's additional funding for IRS enforcement — $45.6 billion over 10 years — versus that for taxpayer services, $3.18 billion.

"We are concerned about a possible imbalance between the funding for taxpayer services and enforcement," said the letter, which was signed by Jan Lewis, CPA, chair of the AICPA Tax Executive Committee, and addressed to tax-writing committee leaders in the House and Senate.

The bill's Title I, Subtitle C (§12001), would amend Sec. 36B to extend through 2025 widened eligibility for health care premium tax credits for taxpayers whose household income exceeds 400% of the poverty line and the calculation of the applicable percentage of premium assistance amount, both of which were temporarily provided under the American Rescue Plan Act, P.L. 117-2.

Following is an at-a-glance list of the bill's energy and climate Title I, Subtitle D, tax credit and other items:

· Extends and modifies the Sec. 45 credit for electricity produced from specified renewable resources (§13101);

· Amends Sec. 48 to increase the energy credit for solar and wind facilities placed in service in connection with low-income communities (§13103);

· Extends and modifies the Sec. 45Q credit for carbon oxide sequestration (§13104); and